The computer systems administrator is accused of cracking into 97 United States military and NASA computers in 2001 and 2002. The computer networks he is accused of cracking include networks owned by NASA (although these were not password protected), the US Army, US Navy, Department of Defense, and the US Air Force. The US estimates claim the costs of tracking and correcting the problems he allegedly caused were around $700,000 .

McKinnon was originally tracked down and arrested under the Computer Misuse Act by the UK National Hi-Tech Crime Unit (NHTCU) in 2002 who informed him that he would face community service. The Crown Prosecution Service refused to charge him. Later that year he was indicted by the United States government. McKinnon remained at liberty without restriction for three years until June 2005 (after the UK had implemented a new extradition treaty with the US [which the US congress has not ratified]) when he became subject to bail conditions including a requirement to sign in at his local police station every evening, and to remain at his home address at night. In addition he was banned from using a computer with access to the Internet. There have been no more developments in respect of the charges relating to United Kingdom legislation but in late 2005 the United States began extradition proceedings.

If he is extradited to the US and charged McKinnon faces up to 70 years in jail and has expressed fears that he could be sent to Guantanamo Bay. He has said that he will contest the extradition proceedings and believes that he should face trial in the UK, principally as he argues that any alleged crimes were committed there and not in the United States.

In an interview televised on the BBC’s Click programme, he claimed that he was able to get into the military’s networks simply by using a Perl script that searched for blank passwords; in other words his report suggests that there were computers on these networks with the default passwords active. 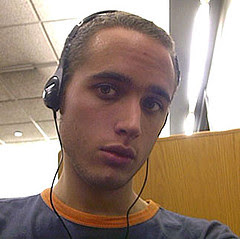 The youth, known as “cOmrade” on the Internet, pleaded guilty to intercepting 3,300 email messages at one of the Defense Department’s most sensitive operations and stealing data from 13 NASA computers, including some devoted to the new International Space Station. James gained notoriety when he became the first juvenile to be sent to prison for hacking. He was sentenced at 16 years old. He installed a backdoor into a Defense Threat Reduction Agency server. The DTRA is an agency of the Department of Defense charged with reducing the threat to the U.S. and its allies from nuclear, biological, chemical, conventional and special weapons. The backdoor he created enabled him to view sensitive e-mails and capture employee usernames and passwords.James also cracked into NASA computers, stealing software worth approximately $1.7 million. According to the Department of Justice, “The software supported the International Space Station’s physical environment, including control of the temperature and humidity within the living space.” NASA was forced to shut down its computer systems, ultimately racking up a $41,000 cost

The Department of Justice describes him as “the most wanted computer criminal in United States history.” His exploits were detailed in two movies: Freedom Downtime and Takedown. He started out exploiting the Los Angeles bus punch card system to get free rides. Then, like Apple co-founder Steve Wozniak, dabbled in phone phreaking. Although there were numerous offenses, Mitnick was ultimately convicted for breaking into the Digital Equipment Corporation’s computer network and stealing software.Today, Mitnick has been able to move past his role as a black hat hacker and become a productive member of society. He served five years, about 8 months of it in solitary confinement, and is now a computer security consultant, author and speaker.

Also known as Dark Dante, Poulsen gained recognition for his hack of LA radio’s KIIS-FM phone lines, (taing over all of the station’s phone lines) which earned him a brand new Porsche, among other items. Law enforcement dubbed him “the Hannibal Lecter of computer crime.”Authorities began to pursue Poulsen after he hacked into a federal investigation database. During this pursuit, he further drew the ire of the FBI by hacking into federal computers for wiretap information.His hacking specialty, however, revolved around telephones. Poulsen’s most famous hack, In a related feat, Poulsen also “reactivated old Yellow Page escort telephone numbers for an acquaintance who then ran a virtual escort agency.” Later, when his photo came up on the show Unsolved Mysteries, 1-800 phone lines for the program crashed. Ultimately, Poulsen was captured in a supermarket and served a sentence of five years. Since serving time, Poulsen has worked as a journalist. He is now a senior editor for Wired News. His most prominent article details his work on identifying 744 sex offenders with MySpace profiles.

Morris, son of former National Security Agency scientist Robert Morris, is known as the creator of the Morris Worm, the first computer worm to be unleashed on the Internet. As a result of this crime, he was the first person prosecuted under the 1986 Computer Fraud and Abuse Act.

Morris wrote the code for the worm while he was a student at Cornell. He asserts that he intended to use it to see how large the Internet was. The worm, however, replicated itself excessively, slowing computers down so that they were no longer usable. It is not possible to know exactly how many computers were affected, but experts estimate an impact of 6,000 machines. He was sentenced to three years’ probation, 400 hours of community service and a fined $10,500.Morris is currently working as a tenured professor at the MIT Computer Science and Artificial Intelligence Laboratory. He principally researches computer network architectures including distributed hash tables such as Chord and wireless mesh networks such as Roofnet.

Levin accessed the accounts of several large corporate customers of Citibank via their dial-up wire transfer service (Financial Institutions Citibank Cash Manager) and transferred funds to accounts set up by accomplices in Finland, the United States, the Netherlands, Germany and Israel.In 2005 an alleged member of the former St. Petersburg hacker group, claiming to be one of the original Citibank penetrators, published under the name ArkanoiD a memorandum on popular Provider.net.ru website dedicated to telecom market.According to him, Levin was not actually a scientist (mathematician, biologist or the like) but a kind of ordinary system administrator who managed to get hands on the ready data about how to penetrate in Citibank machines and then exploit them.ArkanoiD emphasized all the communications were carried over X.25 network and the Internet was not involved. ArkanoiD’s group in 1994 found out Citibank systems were unprotected and it spent several weeks examining the structure of the bank’s USA-based networks remotely. Members of the group played around with systems’ tools (e.g. were installing and running games) and were unnoticed by the bank’s staff. Penetrators did not plan to conduct a robbery for their personal safety and stopped their activities at some time. Someone of them later handed over the crucial access data to Levin (reportedly for the stated $100).

David Smith, the author of the e-mail virus known as Melissa, which swamped computers around the world, spreading like a malicious chain letter. He was facing nearly 40 years in jail . About 63,000 viruses have rolled through the Internet, causing an estimated $65 billion in damage, but Smith is the only person to go to federal prison in the United States for sending one.

Abene (born 1972), better known by his pseudonym Phiber Optik, is a computer security hacker from New York City. Phiber Optik was once a member of the Hacker Groups Legion of Doom and Masters of Deception. In 1994, he served a one-year prison sentence for conspiracy and unauthorized access to computer and telephone systems.

Phiber Optik was a high-profile hacker in the early 1990s, appearing in The New York Times, Harper’s, Esquire, in debates and on television. Phiber Optik is an important figure in the 1995 non-fiction book Masters of Deception — The Gang that Ruled Cyberspace

Onel A. de Guzman, a Filipino computer student, Greatest Hacker of all time. He was creator of “Love Bug” virus that crippled computer e-mail systems worldwide.

He was the creator of one of the deadly virus of all time “Chernobyl computer virus ” which had melted down many computers worldwide.

“Mudge” along with fellow hackers told the committee that computer security is so lax, they could disable the entire Internet in a half-hour.

One of the world’s top computer security experts. Shimomura helped Federal officials track down and arrest computer hacker Kevin Mitnickin Raleigh Feb. 15, 1995 in connection with a break-in on Shimomura’s computer.

Johansen, who became a hero to computer hackers and was deemed a villain by Hollywood, is on trial for writing and distributing a program called DeCSS, software which makes it possible to copy protected DVD films. Prosecutors have asked to have his computers confiscated and called for him to pay $1,400 in court costs.

Russian computer programmer who was charged with violating copyrights, Sklyarov was jailed after developing software that allows the user to circumvent the copyright protections in Adobe Systems eBook reader program.

Moran, known on the Web as “Coolio,” pleaded guilty to hacking into national computer sites last year belonging to the Army, the Air Force and the anti-drug Dare.com.