Michael Jackson, the sensationally gifted child star who rose to become the “King of Pop” and the biggest celebrity in the world only to fall from his throne in a freakish series of scandals, died Thursday, a person with knowledge of the situation told The Associated Press. He was 50.

The person said Jackson died in a Los Angeles hospital. The person was not authorized to speak publicly and requested anonymity.

The circumstances of his death were not immediately clear. Jackson was not breathing when Los Angeles Fire Department paramedics responded to a call at his Los Angeles home about 12:30 p.m., Capt. Steve Ruda told the Los Angeles Times. The paramedics performed CPR and took him to UCLA Medical Center, Ruda told the newspaper.

Jackson’s death brought a tragic end to a long, bizarre, sometimes farcical decline from his peak in the 1980s, when he was popular music’s premier all-around performer, a uniter of black and white music who shattered the race barrier on MTV, dominated the charts and dazzled even more on stage.

His 1982 album “Thriller” — which included the blockbuster hits “Beat It,” “Billie Jean” and “Thriller” — remains the biggest-selling album of all time, with more than 26 million copies.
He was perhaps the most exciting performer of his generation, known for his feverish, crotch-grabbing dance moves and his high-pitched voice punctuated with squeals and titters. His single sequined glove, tight, military-style jacket and aviator sunglasses were trademarks second only to his ever-changing, surgically altered appearance. 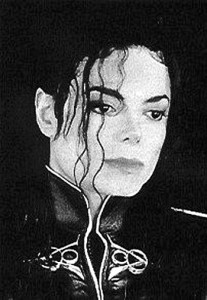 By some measures, he ranked alongside Elvis Presley and the Beatles as the biggest pop sensations of all time. In fact, he united two of music’s biggest names when he was briefly married to Presley’s daughter, Lisa Marie.
As years went by, he became an increasingly freakish figure — a middle-aged man-child weirdly out of touch with grownup life. His skin became lighter, his nose narrower, and he spoke in a breathy, girlish voice. He surrounded himself with children at his Neverland ranch, often wore a germ mask while traveling and kept a pet chimpanzee named Bubbles as one of his closest companions.

In 2005, he was cleared of charges he molested a 13-year-old cancer survivor at Neverland in 2003. He had been accused of plying the boy with alcohol and groping him. The case took a fearsome toll on his career and image, and he fell into serious financial trouble.

Jackson was preparing for what was to be his greatest comeback: He was scheduled for an unprecedented 50 shows at a London arena, with the first set for July 13. He was in rehearsals in Los Angeles for the concert, an extravaganza that was to capture the classic Jackson magic: showstopping dance moves, elaborate staging and throbbing dance beats.

Hundreds of people gathered outside the hospital as word of his death spread. The emergency entrance at the UCLA Medical Center, which is near Jackson’s rented home, was roped off with police tape.

“Ladies and gentlemen, Michael Jackson has just died,” a woman boarding a Manhattan bus called out, shortly after the news was annunced. Immediately many riders reached for their cell phones.

In New York’s Times Square, a low groan went up in the crowd when a screen flashed that Jackson had died, and people began relaying the news to friends by cell phone.

“No joke. King of Pop is no more. Wow,” Michael Harris, 36, of New York City, read from a text message a friend sent to his telephone. “It’s like when Kennedy was assassinated. I will always remember being in Times Square when Michael Jackson died.”